Wayne Visser: A perfect storm is driving change and changing driving in business 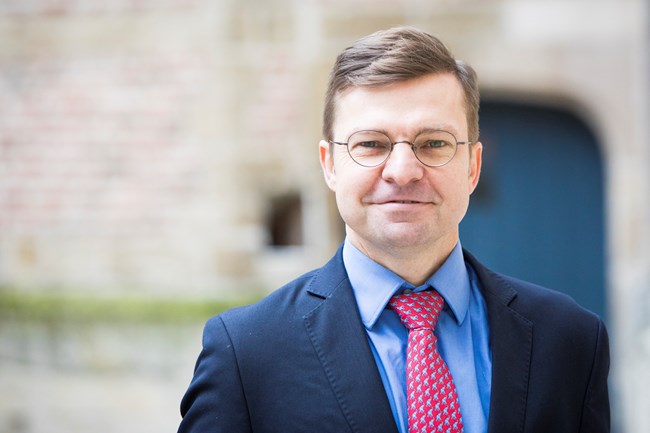 Hold onto your hats! We are about to enter a perfect storm of megatrends that will rapidly transform our economies, businesses and work lives. The changes will be as large and profound as the Industrial Revolution, but will unfold at ten times the speed. In this article, I shine a spotlight on the confluence of three major disruptions - climate change, renewable energy and electric vehicles - and discuss their implications for corporate fleet management.

Most people know that climate change is happening and that it is being caused and accelerated by our burning of fossil fuels. But the lay public vastly underestimates the severity, scale and urgency of the problem. Already in 2018, according to Munich Re, climate change cost the global economy $160 billion, of which only half was insured - and that figure is expected to rise.

Scientists tell us that, in order to avoid what is sometimes called 'catastrophic' or 'runaway' climate change, we must limit warming to 1.5 degrees Celsius by 2050 as compared to pre-industrial levels (we have already exceeded 1 degree). This translates into a global carbon budget left to 'spend' of 420 gigatons of CO2 (to give us a 67% chance of staying within 1.5 degree warming). And since we are currently emitting around 40 gigatons of CO2 per year, that only gives us 10 years before we cross the danger threshold.

In the past year or so, we crossed a tipping point with renewable energy, with the several grid-scale solar and wind energy projects coming in cheaper than all fossil fuel and nuclear alternatives. According to the International Renewable Energy Agency (IRENA), over three-quarters of the onshore wind and four-fifths of the utility-scale solar PV project capacity due to be commissioned in 2020 should provide lower-priced electricity than the cheapest new coal-fired, oil or natural gas option.

Much like Moore's law, which predicted the growing computing power of processors since the 1970s, Swanson's law, named after SunPower Corporation founder Richard Swanson, observes that the price of solar photovoltaic modules tends to drop 20% for every doubling of cumulative shipped volume. Research by the National Renewable Energy Laboratory (NREL) shows that in just since 2010, the installation cost of solar has fallen by 65%.

There are similar trends happening with lithium-ion batteries, which power our electronic devices and now also our electric vehicles (EVs). For the two decades prior to 2005, prices fell around 10% per year, then flattened out until Tesla's Model-S launched in 2012, scaling production volumes and dropping battery prices about 20% per year since then.

Bloomberg New Energy Finance (BNEF)'s 2019 Electric Vehicle Outlook predicts that global EV sales will rise from a few thousand in 2010 to 10 million in 2025, 28 million in 2030 and 56 million by 2040, by which time it will have overtaken internal combustion engine (ICE) vehicle sales. ICE passenger cars will peak in 2030 and then decline, so that by 2040 there will be 500 million passenger EVs.

This perfect storm has major implications for fleet managers. According to BNEF, by 2040 56% of light commercial vehicle sales and 31% of medium commercial vehicles in the U.S., China and Europe will be electric. Some are getting ahead of the game, like Amazon that recently ordered 100,000 EVs for its own delivery van fleet. What are the implications for fleet managers today? Business Car and E.ON conducted a UK survey of fleet decision makers and company car drivers in August 2019, with respondents from 21 industries. Today, 55% have diesel cars in their fleet, 18% have petrol, 15% plug-in hybrid, 9% hybrid and only 4% full electric.

In the next three years, 37% expect full electric vehicles to increase in their fleet, as compared with 31% for hybrid and 19% for plug-in hybrid. The biggest driver for plug-in vehicles (hybrid and full electric) are company policy (28%) and environmental concerns (26%). Concerns are still range (35%) and charging point availability (33%).

Company car drivers were also surveyed by Business Car and E.ON, 24% of which expected their next company car to be a full-electric or hybrid, while 22% will opt for plug-in electric, as compared with diesel (18%) and petrol (12%). In this case, the main driver for plug-in cars is lower tax liability (54%) and environmental concerns (34%).

This is especially significant in the UK, with the Government's announcement in July 2019 that it would remove benefit-in-kind tax entirely for zero-emission vehicles from April 2020. This is a drop from the current tax of 16%, which is likely to act as a significant economic incentive.

On 10 October 2019, I attended a roundtable in London convened by Business Car and E.ON with fleet managers and others with a strategic interest in EVs to discuss the future of fleet electrification. The participants echoed many of the survey's findings, but also raised additional points of concern and interest.

For example, the cost and availability of EVs - both in terms of order lead-times and appropriate models - were still seen as a significant barrier. The importance of education was also raised. For instance, many had observed that battery charging remains low among plug-in hybrid drivers, which detracts from their main benefit.

For company car drivers, the lack of interoperability between various charging networks was seen as an additional barrier. We need to get to a similar position like with ATM cash machines, where it doesn't matter which network you access. In other words, the owners of the charging networks need to collaborate and implement transfer pricing.

Participants also saw many opportunities. The number of models coming onto the market in 2020 is significant (many of them in the more affordable range) and the charging network is rapidly expanding across Europe. Charging speeds are also about to take a quantum leap, with Shell for instance recently launching super-chargers three times faster than Tesla's.

Car sharing is another rapidly growing trend, with shared mobility predicted to represent 19% of the total kilometres travelled by passenger vehicles by 2040 (up from less than 5% today), 80% of which will be EVs (compared with 1.8% today). This is strongly linked to autonomous vehicles which will start to have an impact from the 2030s.

Finally, the vision of EVs linking to net zero buildings (such as those demonstrated by the Active Building Centre) and integrating with the energy grid (so called vehicles-to-grid) may completely transform the role of fleets and their managers. As Darren Gardner from E.ON Drive put it, in the future "fleets will become power stations and fleet managers will become energy brokers".

-- Click here to receive a free copy of Now and next: Fleets, Company Car Drivers and Plug-in Vehicles, the Business Car white paper report, in conjunction with E.ON Drive.

Dr Wayne Visser is director of Kaleidoscope Futures, founder of CSR International, Fellow at the University of Cambridge Institute for Sustainability Leadership, and Professor and Chairholder in Sustainable Transformation at Antwerp Management School. A full report on the Business Car and E.ON  roundtable will appear in the November issue of Business Car