Paul Holland's blog: 2021 oil prices - the calm after the storm 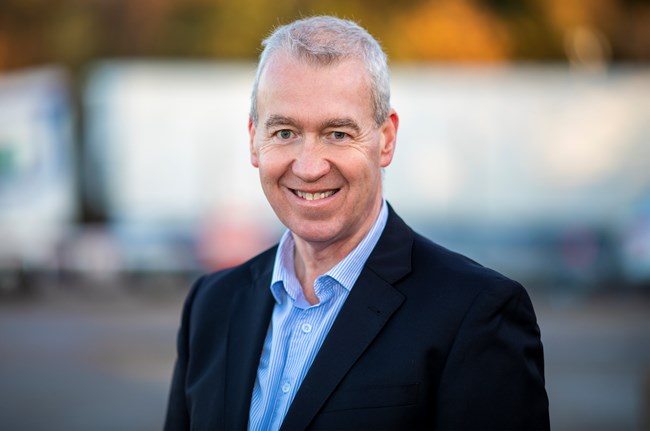 One year ago, I had a very different view on the price of oil in the UK than I do today. In March 2020, the UK government had just imposed the first national lockdown, the world was coming to a standstill, and the price per barrel had dropped significantly, hitting a low of $9 USD.

This drop in oil prices was obviously welcomed by consumers, particularly our customers who operate large fleets of vehicles. However, when you look at the bigger picture, it actually wasn't positive news for the economy overall, which was reeling from the impact of the pandemic. A year on and we seem to have found some calm after the storm. This is because the price at the pump is now nether unsustainably low nor overpriced, with the price per barrel now standing at $66. That's almost exactly the mid-point of the range of prices we have seen over the past 25 years, which range from $8 in 2000 to $140 in 2008.

Oil price is influenced by how scarce the market believes oil to be and how much demand the market believes there is. Over the last year we saw China, one of the world's biggest importers of oil, significantly reduce and then increase its demand. The country's strict lockdown measures meant that consumers were not purchasing fuel which in turn flooded the market with excess product.  It was only when China started to get a grip on Covid that drivers could get back in their cars, driving the price to its previous position.

Over the summer the US, another major fuel consumer but also a significant producer, was hit by an abnormally hot, wet summer. This led to natural disasters in oil-producing areas, slowing down extraction which in turn saw prices increase further, offsetting the lowering of prices caused by general decreased demand globally.

How a strong pound benefits drivers

Recently, the price per litre of wholesale fuel in the UK has been at the 95p per litre (ppl) mark, higher than the predicted 87ppl. Despite this, drivers are still getting a relatively good deal at the pump which can be attributed to the unexpectedly strong pound versus the dollar.

Optimism about the Covid-19 vaccine, returning to a relative normal post-lockdown, and Brexit becoming normalised are the key to this. The outbreak of COVID coincided with the UK leaving the European Union, but now that we are at the tail end of the pandemic and Brexit is becoming a fact of life, the financial turbulence is calming.

In 2020, the pound was at an all-time low against the dollar of $1.16, whereas today it is $1.40. Since fuel consumers are buying a commodity priced in dollars with a strong pound they can get more for less, lowering prices. Although the price decrease isn't as dramatic, it does add up at the pump, particularly when you are paying for fuel for a large fleet.

Without the pound being as strong as it is, fuel providers would be paying £1.02 per litre. How does that factor in to what your fleet will be paying at the forecourt?

Fuel prices are made up of the wholesale cost of the fuel, the margin that the retailer adds to this (typically 8-10p per litre) and VAT, though businesses can typically claim this back. Retail margins and VAT are not likely to change, so the only thing that will affect what you pay for fuel will be the price of oil itself.

Oil prices are predicted to remain stable for the time being, perhaps dropping a small amount. With fuel duty frozen for another year, there are only really two factors that could cause the price you pay at the pump to rise: the pound weakening or oil prices surging. So, provided that things stay much as they are there does not seem to be any reason why the price at the pump won't be stable for the foreseeable future.

Paul Holland is MD for UK fuel at Fleetcor