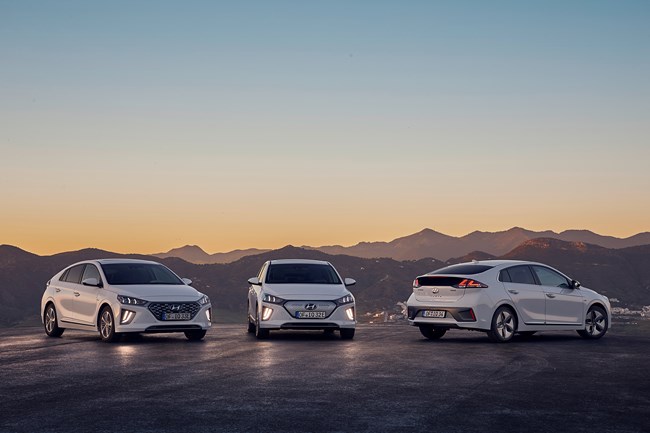 Hyundai has confirmed prices for a revised version of its Ioniq, which is available to order now.

As before, three powertrains are available - the hybrid, plug-in hybrid and pure electric.

It has a claimed range of 184 miles on the WLTP test cycle.

While the hybrid and plug-in hybrid version feature the same basic powertrains as before, with 1.6-litre petrol engines paired with an electric motor, they now feature driver-controlled regenerative braking, potentially boosting efficiency.

Exterior design changes with the facelift include redesigned grilles, new front and rear bumpers and new headlights and taillights. Inside there's a redesigned dashboard and instrument cluster, and new temperature and media controls.

The hybrid is available in SE Connect, Premium, Premium SE and limited-run 1st Edition equipment grades, while the other two powertrains come in Premium or Premium SE only.

A major new feature with Premium and Premium SE cars is a new 10.25in screen with sat-nav and Bluelink telematics system.

The first facelifted Ioniqs are due in showrooms on 5 September.