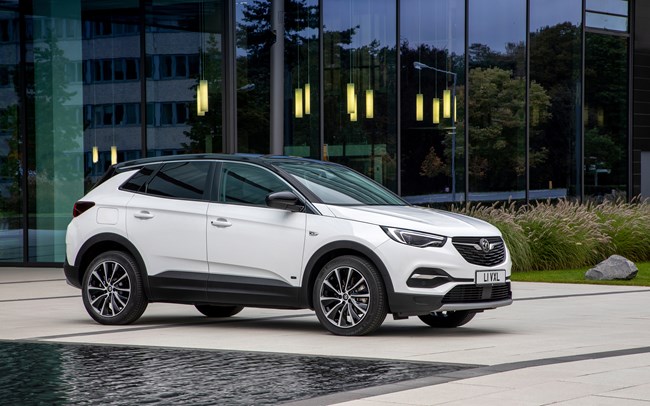 Vauxhall's Grandland X SUV is now available to order as a plug-in hybrid with front-wheel drive.

Fitted with a 13.2kWh battery, the Hybrid is said to have an electric driving range of 34 miles on the WLTP cycle.

It comes with an eight-speed automatic gearbox, and a choice of three driving modes - Electric, Hybrid and Sport - allowing drivers to prioritise efficiency or performance.

A 3.7kW on-board charger is standard, while a 7.4kW version is optional - Vauxhall says that with the latter, a full battery recharge is possible in less than two hours.

The Grandland X Hybrid is priced from £32,390. The first examples are due to arrive in showrooms in April.