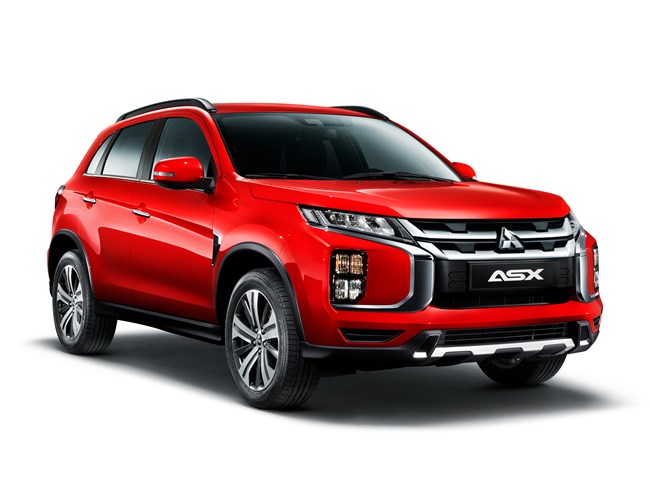 Mitsubishi has revealed a new-look version of its ASX SUV.

The model is set to make its debut at the Geneva Motor Show in March.

Mitsubishi claims the car's front-end styling features an evolution of its 'dynamic shield' design concept, which is meant to project strength and toughness, while the layout of the rear LED lights is said to accentuate the car's wide stance.

For European markets, Mitsubishi says the ASX will be powered by a 2.0-litre petrol engine, paired with either a five-speed manual gearbox or a CVT automatic.

Both two and four-wheel drive versions will be available.

Compared with the outgoing model, Mitsubishi says the smartphone-compatible audio display offers more advanced connectivity, and also an increase in size from 7in to 8in.

Videos stored on USB memory sticks can now be viewed when the vehicle is stationary.

In addition, top-spec models will come equipped with TomTom sat-nav. Mitsubishi has also announced that an app is on the way that will check fuel levels, provide filling stations guidance, and offer advice on maintenance and inspection intervals.

Prices and full UK specs are yet to be confirmed.