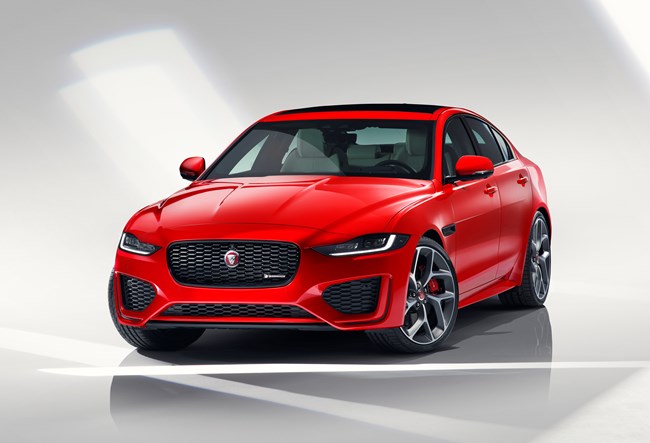 Jaguar has unveiled an updated version of its XE.

Changes include the introduction of a 180hp diesel engine that meets the Real Driving Emissions 2 (RDE2) standard, meaning it does not incur the 4% BIK tax surcharge applied to diesel company cars.

In another major update, Jaguar has upgraded the XE's infotainment provision. It has introduced the Touch Pro Duo system previously seen on the I-Pace electric car, which runs on a pair of touchscreens.

The car's interior also now features a Clearsight rear view mirror, which can display HD images from a rear-facing camera, meaning the driver's visibility is unaffected by tall rear passengers, poor light or rain on the rear screen.

A new steering wheel has also been installed, again borrowed from the I-Pace. It features graphics and capacitive switches that Jaguar claims offers more intuitive control of key functions.

Exterior styling tweaks with the facelift include redesigned front and rear bumpers, and new all-LED headlights and taillights.

The updates to the XE come as Jaguar responds to updated competition in the segment, with the introduction of a new BMW 3 Series, and a new Audi A4 also on the way.

The updated XE is available to order now, with prices starting from £33,915.