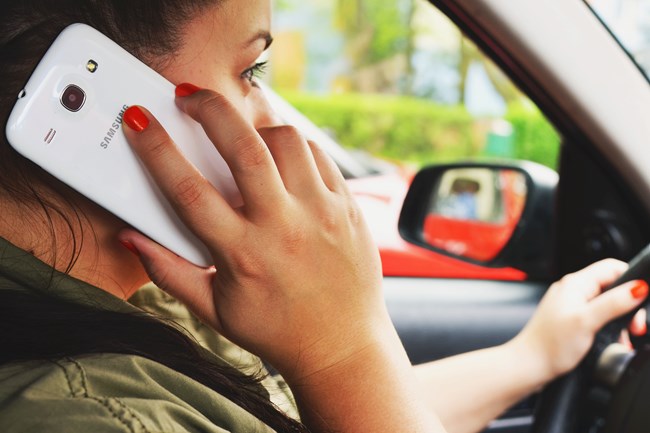 Drivers' fear of being caught using hand-held mobile phones or not wearing their seatbelt must increase, according to IAM Roadsmart.

The road safety charity has issued the call after a Department for Transport survey published this week revealed that hundreds of thousands of motorists were still ignoring laws banning those offfences in 2017.

The survey found 1.1% of all vehicle drivers were observed using a hand-held mobile phone while driving on weekdays, with 0.4% holding the phone to their ear, and twice as many holding the phone in their hand.

The survey also revealed 3.5% of drivers were seen not wearing a seatbelt.

IAM Roadsmart director of policy and research Neil Greig said: "In spite of these being small percentages, this still amounts to hundreds of thousands of people who daily flout the law and put themselves and others at risk.

"The best way of tackling this ever-present issue is to make people believe there is a high chance of being caught.

"This could start tomorrow if consistent guidelines on using mobile speed camera vans to enforce seatbelt and mobile phones laws were issued."

Greig said that there was currently no standard approach for using camera vans across the UK.

He added: "Making non-wearing of seatbelts an endorsable offence is also a quick win.

"Not only would it persuade more people to take the offence seriously, but it might tempt them to take a seatbelt awareness course.

"People avoid using seatbelts for a wide range of individual reasons and these views need to be challenged face-to-face."