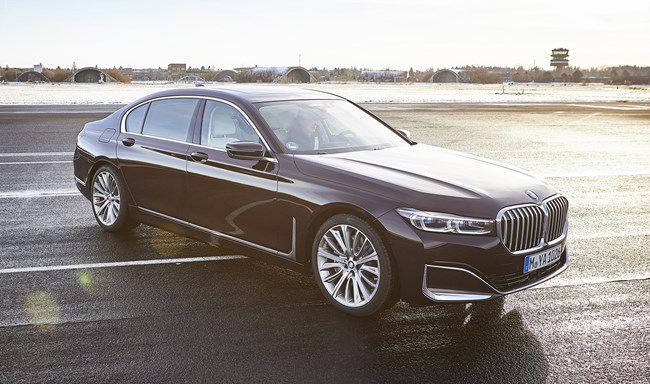 BMW has revealed a new plug-in hybrid version of its 7 Series luxury car.

The new model pairs a 3.0-litre, 286hp petrol engine with a 113hp electric motor, and is capable of producing a maximum combined output of 394hp.

An eight-speed automatic gearbox is standard.

BMW has also said that, from this summer, drivers will be able to access new digital services to help with charging the battery during a journey.

When selecting a public charging station, the sat-nav will provide a list of recommended nearby hotels, restaurants, cafés and tourist attractions, along with a charging station occupancy forecast.