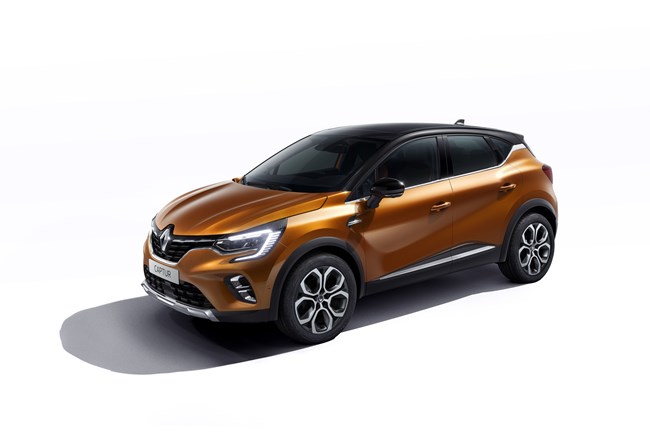 Renault has unveiled the all-new, second-generation version of its Captur small SUV.

The new Captur is 110mm longer than the outgoing model, and features SUV styling touches such as front and rear skid plates, protective mouldings running the entire length of the lower body, and prominent wheel arch extensions.

There's a wider front grille, and LED headlights as standard across the range.

The interior features Renault's Smart Cockpit concept first seen in the new Clio, with a 7in or 10in digital screen replacing the traditional instrument panel, and an optional 9.3in infotainment screen angled towards the driver.

A 7in infotainment screen is also available - both feature Apple Carplay and Android Auto connectivity.

Renault says rear legroom is up by 17mm compared with the outgoing Captur, and boot capacity is up by 81 litres to 536 litres.

Depending on engine choice, a six-speed manual or seven-speed automatic gearbox will be available.

A plug-in hybrid is also set to join the range next year, which Renault says will be capable of covering up to 28 miles on battery power alone.

Available driver assistance systems will include autonomous emergency braking with cyclist and pedestrian detection - a first for Renault - and, from shortly after launch, Highway and Traffic Jam Companion, which combines adaptive cruise control and lane keep assist.

Prices and an on-sale date are yet to be announced.