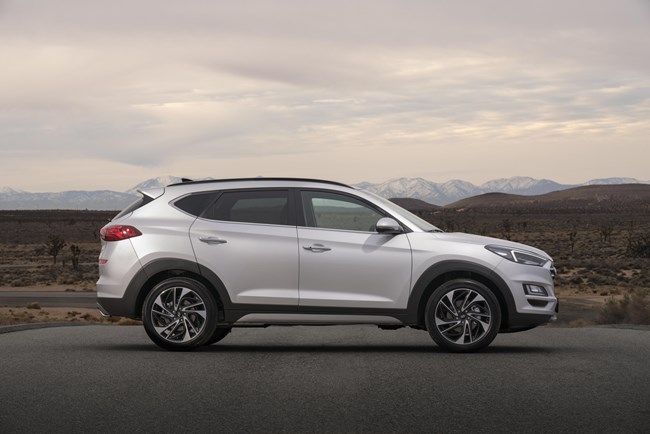 The Hyundai Tucson with a petrol engine has been the UK's fastest-selling used car for three months in a row, according to data from used vehicle management service Indicata UK.

The Tucson tied with the petrol Vauxhall Crossland X in taking an average of 35 days to sell in May, having previously topped the charts in March and April.

Second place was taken by the Kia Sportage petrol, which took an average of 38 days to sell, while third was the Mercedes A-Class petrol on 39 days.

According to Indicata, which captured 83,458 sales within its system during May, the slowest seller was the Nissan Micra petrol on 79 days, followed by the Vauxhall Insignia on 73 days and the Audi A3 petrol on 68 days.

Indicata national business development manager Neil Gilligan said: "The data continues to highlight the strength of the market right now with average days to sell remaining at their lowest since the turn of the year. Petrol powertrains also continue to dominate the top 10.

"SUVs really do continue to be a driver of the market, making up over 60% of the fastest-selling list in both petrol and diesel variants. And the entry, in joint 10th position, of the Jaguar F-Pace at an average price of £35,822 proves just how much in demand this sector of the market is and the importance of the used sector in providing buyer choice throughout the market."