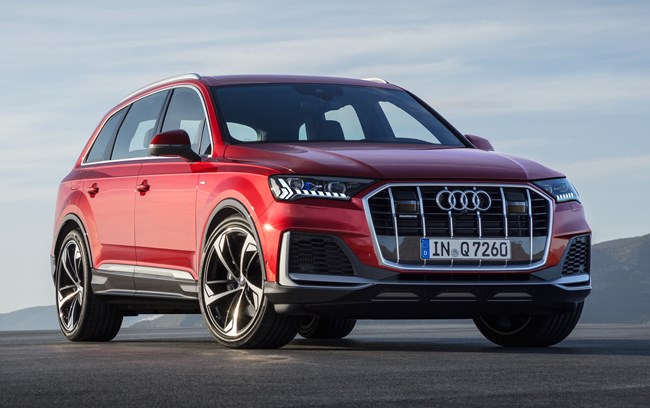 Audi has unveiled a revised version of its Q7 SUV.

The new-look model will come as standard with fuel-saving mild hybrid technology, with a 48V system that facilitates engine-off cruising between 34mph and 99mph for up to 40 seconds, as well as a stop-start system that kicks in at 13mph.

Two diesel engines will be available at launch - both 3.0-litre units, with 231hp and 286hp - with a petrol engine and a plug-in hybrid to follow.

Eight-speed automatic transmission is standard, as is four-wheel drive.

Visual tweaks with the revised Q7 include a redesigned front grille, air inlets and light signature, new-look side sills and a new chrome strip on the tailgate.

Matrix LED headlights will be standard with the Sport, S Line and Black Edition equipment grades, while Vorsprung grade comes with an HD laser light version.

Seven seats are now standard with UK Q7s, as is adaptive air suspension.

The model will be available to order in September, with the first deliveries expected the following month. Prices are yet to be confirmed.