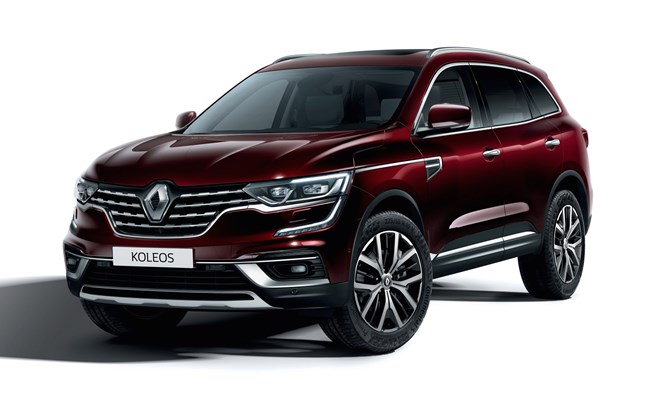 Renault has unveiled a facelifted version of its Koleos SUV.

Both engines are paired with CVT automatic transmission.

The revised Koleos also gets exterior styling tweaks, including a more prominent grille, a bigger brake light, new chrome trim and larger skid plates, while LED headlights are now standard across the range.

Inside Renault says there are improved soft touch materials and revised satin trim inserts, while the rear seats have gained a two-stage reclining seat back.

Two equipment grades will be on offer, Iconic and GT-Line, with other standard equipment across the range including: adaptive cruise control, dual-zone climate control, keyless entry, ambient interior lighting, hands-free parking and a reversing camera.

UK prices for the revised Koleos will be announced in July, with customer deliveries beginning in October.