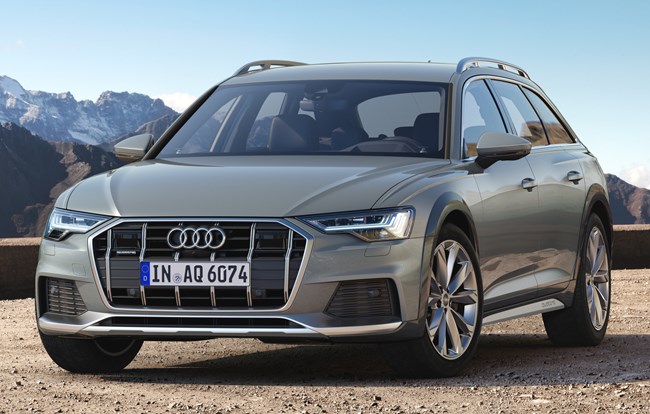 Audi has revealed the fourth generation of its A6 Allroad crossover estate car.

Based on the Avant estate version of the latest A6, launched last year, the new A6 Allroad features adaptive air suspension with adjustable ride height, providing as much as 184mm of ground clearance to help with all-terrain driving.

Other features that should be useful off-road include hill descent control and tilt angle assist - the latter allows the driver to view the car's tilt angle on the interior multimedia touchscreen.

There's also a special ABS braking function for loose surfaces, while a selectable off-road driving mode tailors the car's handling systems for when the going gets rough.

Cosmetically, the Allroad stands out from the regular A6 thanks to features such as underbody cladding and roof rails.

Interior technology is carried over from the regular range with a pair of central touchscreens - an upper one controlling infotainment and a lower one for functions such as climate control.

At launch there will be a choice of two diesel engines, with either 231hp or 286hp. Both come with eight-speed automatic transmission and 48V mild hybrid technology.

Two equipment grades will be available: Sport and Vorsprung.

The model is set to go on sale in the UK in August, with prices starting at around £55,000.