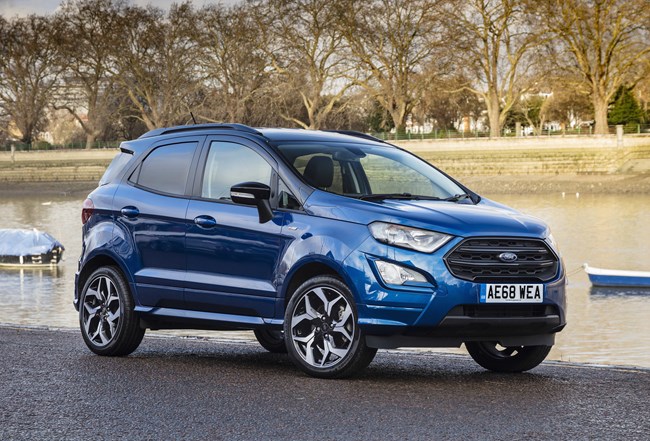 The Ford Ecosport was the UK's fastest-selling used car in February, according to data from used vehicle management service Indicata UK.

The small SUV took 44 days on average to leave forecourts, placing it ahead of the Hyundai Tucson on 46 days and the Mercedes-Benz GLC on 47 days.

The Ecosport's market-leading performance was four days faster than when the model jointly topped the rankings in January, while its average price was also up by £158 to £14,065.

For the first time, Indicata UK has also released fuel-trend data, which showed a 60/40 petrol/diesel split in the top 10.

Inicata UK national business development manager Neil Gilligan said: "The Ford Ecosport continues to show its popularity as a used car, while SUVs and smaller hatchbacks continue as the most in-demand pre-owned models.

"The used market's popular stock is moving more quickly than in January, with demand apparently unaffected by Brexit.

"Our fuel-type analysis made for interesting reading as used petrols are in higher demand on smaller cars, with used diesels preferred in larger SUVs where fuel consumption and overall running costs are improved."