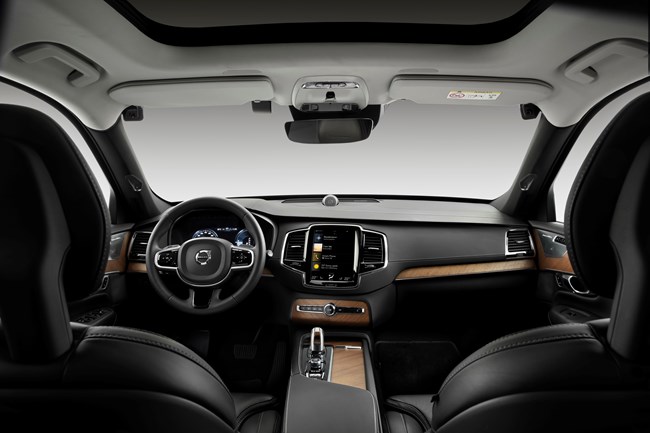 Volvo has announced that it will begin installing in-car cameras in its vehicles to detect driver distraction and intoxication.

The plan was one of a series of safety-related announcements by the manufacturer, which also revealed it will introduce a car key that allows different speed limits to be set for different drivers, and publish a digital library of its safety research for anyone to access.

Volvo says that installing in-car cameras and other sensors will allow its cars to intervene if a clearly intoxicated or distracted driver does not respond to warning signals and is risking an accident.

That intervention could involve limiting the car's speed, alerting the Volvo on Call assistance service or, as a last resort, actively slowing down and safely parking the car.

Volvo says the introduction of the cameras on all its models will start in the early 2020s.

The amount of cameras and their positioning is yet to be confirmed.

Volvo senior vice-president of research and development Henrik Green said: "When it comes to safety, our aim is to avoid accidents altogether rather than limit the impact when an accident is imminent and unavoidable.

"In this case, cameras will monitor for behaviour that may lead to serious injury or death."

Meanwhile, the Care Key, which will allow any Volvo owner to set a speed limit for themselves, their family members or friends, will be standard with all the firm's cars from 2021.

Volvo says the idea is to facilitate safe car sharing, such as with young family members who have only recently received driving licences.

As for the digital library, it is being introduced to mark 60 years since Volvo invented the three-point seatbelt, which it subsequently shared for free with other manufacturers rather than patenting it.