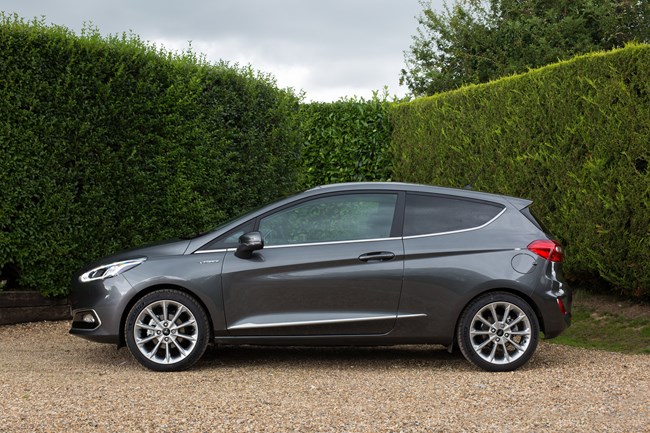 Ford has announced mild-hybrid versions of its Fiesta supermini and Focus lower-medium car.

Both new models will feature a 48V battery pack working with a 1.0-litre petrol engine.

The system features a belt-driven integrated starter/generator instead of a regular alternator, which means the battery can be charged using energy recovered when the car is braking or coasting.

This energy is then used to provide torque assistance during normal driving and acceleration, as well as running the car's electrical ancillaries.

Ford says the system delivers punchier, more responsive performance, and allows a larger turbocharger to be fitted to the engine as it mitigates turbo-lag.

Predicted fuel economy figures are from 57.6mpg for the Fiesta and 60.1mpg for the Focus, while predicted CO2 emissions start from 112g/km and from 106g/km respectively.

Ford says the new models will go on sale next year.