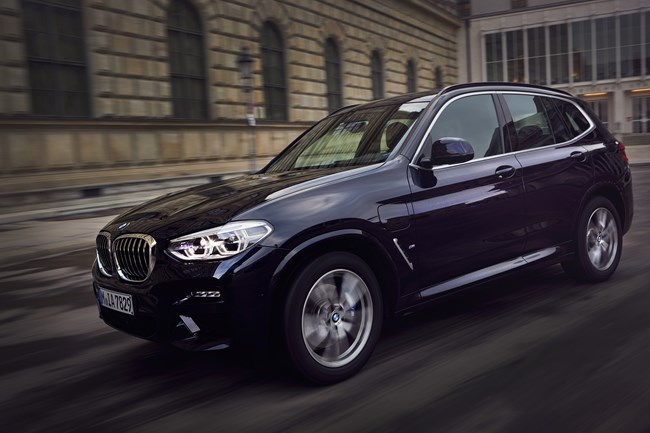 BMW is to produce a plug-in hybrid version of its X3 SUV.

The new model, badged xDrive30e, will feature a petrol engine combined with an electric motor to produce a combined output of 252hp, which can be boosted by a further 41hp by temporary use of the electric motor's peak output.

It will come with four-wheel drive and an eight-speed automatic gearbox.

BMW claims the xDrive30e will have a range of up to 31 miles on battery power alone, with combined fuel consumption of up to 117mpg, and CO2 emissions of up to 56g/km.

The xDrive30e is set to arrive in December.

The 530e's battery has been increased from 9.2kWh to 12kWh, which BMW says means a range increase of more than 30% to 39 miles, with a claimed combined fuel economy of at least 166mpg and CO2 emissions of at least 44g/km.

A four-wheel drive version of this car will also be introduced from July, with respective figures of 35 miles, 148mpg and 44g/km.

The models have gone on display at the Geneva Motor Show, along with previously announced plug-in hybrid versions of the new 3 Series, X5 and 7 Series.