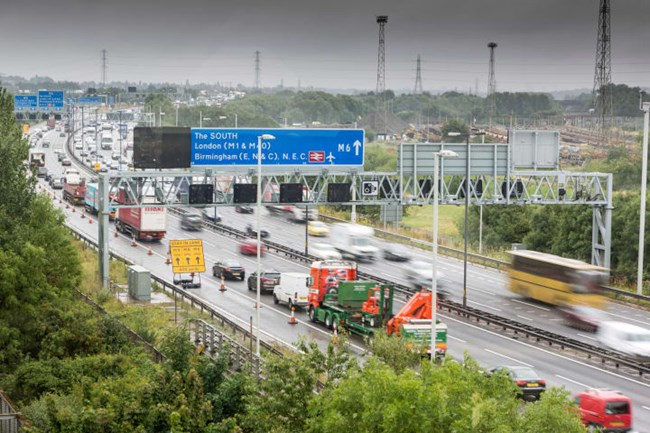 Motorists are putting lives at risk by driving in closed lanes on smart motorways, according to the RAC.

A survey by the motoring organisation found that 23% of respondents had driven in lanes denoted as closed by a red X sign is the past year.

There was little confusion about what the red X means, with 99% of respondents understanding it denotes a lane closure.

However, 48% of those questioned said they frequently see other drivers breaking the rules.

RAC spokesperson Simon Williams said: "Smart motorways are now very much part of the fabric of England's motorway network and will become even more commonplace in years to come with more being opened all the time.

"Red X signs, which denote when lanes are closed, are paramount in safety terms as any stricken driver who has not managed to reach an SOS area is at tremendous risk of being involved in a collision with vehicles that ignore them.

"It is also extremely dangerous if road workers or emergency service staff are attending to an incident in the road."

Williams said the Highway Code was clear that motorists seeing a red X displayed should not go beyond the signal in that lane.

But he added: "Our research found drivers understand very clearly what red Xs mean, yet worryingly far too many appear to have driven under one, dramatically putting themselves at risk of encountering a stationary vehicle or a worker in their path, and all the horrific consequences that could have.

"Highways England has been working hard to get the message across to drivers that they should not drive in lanes closed by red Xs, but there is still some way to go to ensure near total compliance.

"Regarding enforcement, we know Highways England is working with the Home Office to get the required legislation to allow cameras to catch those who break the rules of smart motorway driving in this way."