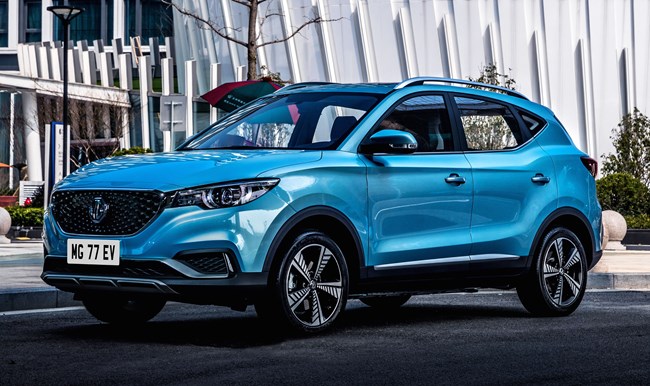 MG has confirmed further details of the new ZS EV - its first ever electric vehicle.

The battery-powered SUV has gone on display at the London Motor Show, where visitors are able to put down a deposit to reserve a place on the waiting list.

The ZS EV is equipped with a 44.5kWh battery with rapid charging capability, which will enable it to be recharged from 0-80% in 43 minutes, while a domestic charge from a 7kW charger will take six-and-a-half hours to go from 0-100%.

The model's driving range is yet to be announced - MG says certified WLTP data is set to be confirmed in the third quarter of the year.

Other equipment on the car will include a panoramic roof, DAB radio, sat-nav, Apple Carplay and Android Auto connectivity, and keyless entry.

The ZS EV will also come with a seven-year warranty.

MG says prices and full specification will be confirmed closer to when the car goes on sale on 1 September.