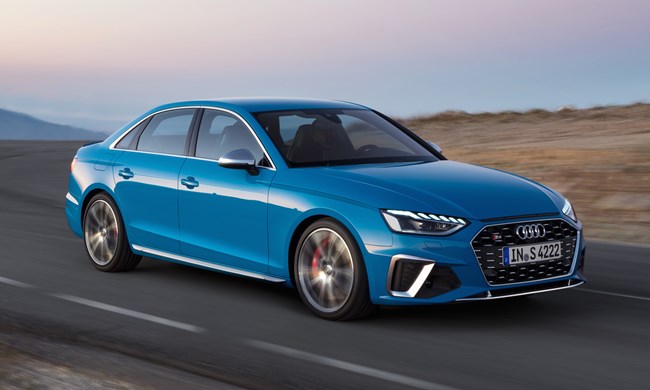 Audi has unveiled a facelifted version of its A4 saloon and estate.

Exterior styling tweaks include a broader, flatter grille, larger air inlets and new front and rear bumpers, while LED headlights are now standard throughout the range.

Inside there's a new 10.1in infotainment touchscreen, with the previous rotary and button controls removed, and a choice of three types of instrument panel - two partially analog setups, and Audi's 12.3in Virtual Cockpit display.

Launch transmissions will be the seven-speed S-Tronic and eight-speed Tiptronic autos, with a six-speed manual due later - and there's a choice of front-wheel and four-wheel drive.

There will be a choice of three equipment packages available both for the exterior and interior of the updated A4 - basic, advanced and S Line for the outside; basic, design selection and S Line for the inside. These can be combined according to driver preference.

Audi says 30 driver assistance systems will be available, bundled into different options packs. One highlight is adaptive cruise control including stop and go, which can brake and accelerate the car predictively based not only on the vehicles the system can sense around it, but also on car-to-x messages, sat-nav data and traffic signs.

The revised A4 is set to go on sale in the autumn.