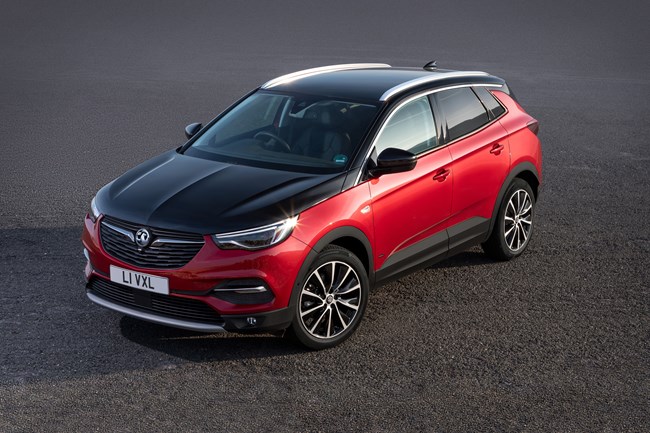 Vauxhall is introducing a plug-in hybrid version of its Grandland X SUV.

The brand's first ever plug-in hybrid, it is badged Hybrid4.

Its powertrain pairs a 1.6-litre, 200hp petrol engine with two electric motors, which together produce 109hp of electric power.

One of the motors is mounted at the front of the car and coupled to an electrified eight-speed automatic transmission, while the second motor and differential are integrated into an electrically powered rear axle, providing four-wheel drive.

The system, which features a 13.2kWh battery, produces a combined maximum of 300hp.

Provisional fuel economy and CO2 emissions figures are 128mpg and 49g/km respectively, while a pure electric driving range of 30 miles is claimed.

A 3.3kW on-board charger is standard, while a 6.6kW version is optional.

Vauxhall says that drivers using a 7.4kW wallbox will be able to fully charge the battery in less than two hours.

The Hybrid4 will also come with access to more than 85,000 charge points across Europe as part of Vauxhall's Free2Move Services.

Other standard equipment will include the new Vauxhall Connect telematics service, including live sat-nav with real-time traffic, and the ability to check key vehicle data via an app.

A black bonnet will also be available as a no-cost option.

Prices and an on-sale date are yet to be announced.