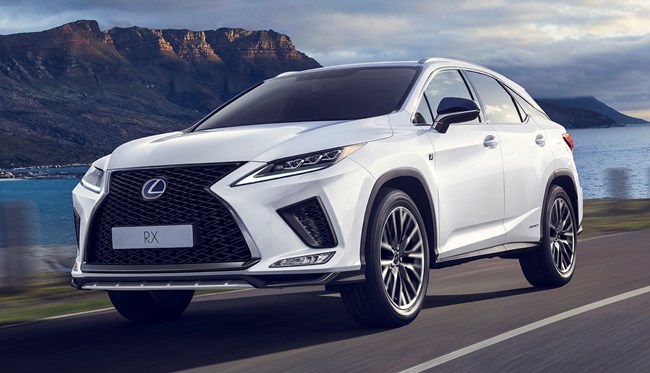 Lexus has revealed a revised version of its RX SUV.

The revised RX also features Bladescan headlights, which shine LED lights onto rotating blade-shaped mirrors to illuminate the road ahead - a technology Lexus claim is a world first.

The manufacturer says this produces more effective lighting on full beam, with drivers able to recognise pedestrians 56 metres away, compared with 32 metres with the previous system.

Inside, a new multimedia touchscreen is also being introduced featuring Apple Carplay and Android Auto connectivity.

As part of the facelift Lexus says it has made changes designed to improve the RX's handling, including increasing body rigidity, fitting stiffer anti-roll bars and fine-tuning the power steering.

There's also an improved package of driver assistance technology, including an autonomous emergency braking system that can now detect pedestrians during the day and at night, and cyclists during the day.

The facelifted RX is due to arrive in the autumn, with prices and full UK specs to be announced closer to the on-sale date.