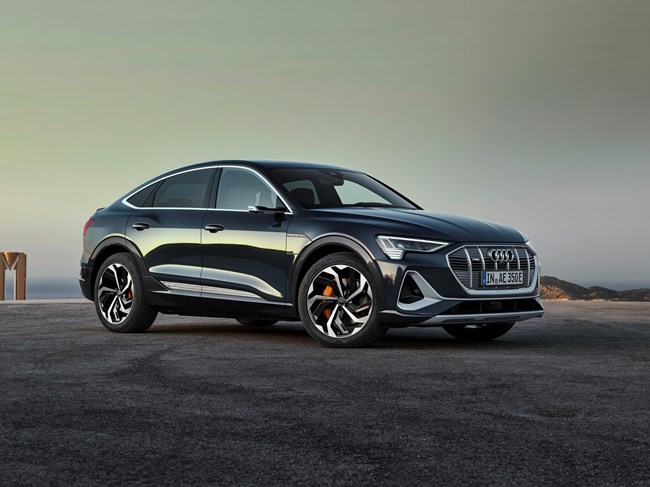 Audi has revealed a new variant of its E-Tron electric SUV.

The E-Tron Sportback is described by the manufacturer as an SUV coupe, featuring a lower roofline than the existing E-Tron - though Audi claims rear headroom is reduced by only 20mm.

Audi claims that the new model's improved aerodynamics mean a drag coefficient value of 0.25, which means an extra six miles of driving range.

The Sportback has the same 408hp electric motor as the existing E-Tron, and is said to have a range of up to 240 miles on the WLTP test cycle in UK spec.

It is capable of charging at up to 150kW, which would mean an 80% charge in just under half an hour.

In the UK the entry level equipment grade is S Line, and at launch there will also be a limited run Edition One version, with extra equipment including virtual exterior mirrors, a panoramic glass sunroof and a Bang and Olufsen premium 3D sound system.

The E-Tron Sportback will be made available to order in the UK early in 2020, with deliveries starting in the second quarter of the year.