Not ready to pull the plug 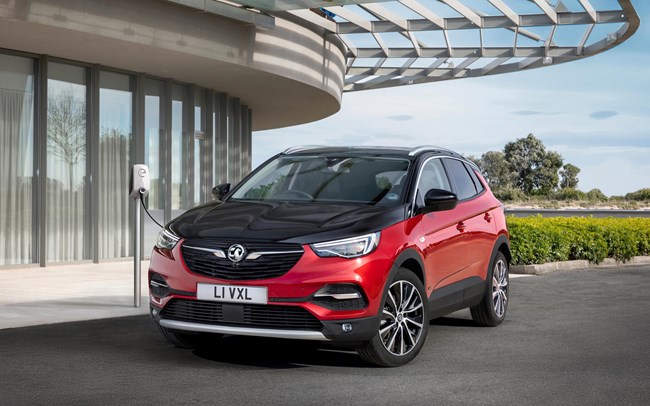 Plug-in hybrids still have a big role to play in electrification, as a way to help ease drivers across from petrol or diesel cars to fully electric vehicles (EVs), according to PSA Group.

Helen Lees, the firm's head of EVs and connected services, spoke to Business Car at an Auto Futures Live seminar entitled 'The Future of Fuel'.

PSA - which owns brands including Peugeot, Citroën, Vauxhall and DS - is pursuing a diverse electrified powertrain approach based on vehicle size, with pure electric being the preferred choice in superminis such as the upcoming new Peugeot 208 and Vauxhall Corsa, and a plug-in hybrid option set to arrive in larger vehicles such as the Vauxhall Grandland X SUV. An electrified version of every PSA vehicle is planned by 2025.

Plug-in hybrids have had a bad press recently in the fleet industry, with reports of drivers choosing them for lower tax rates but then never plugging in, resulting in high fuel bills.

However, speaking before news broke of a potential merger between PSA and Fiat Chrysler Automobiles, Lees told Business Car she is confident that her firm's approach can overcome this, although she admitted it was a concern that plug-in hybrid registrations had fallen recently, which she attributed to the government's removal of grant support.

She said: "For a lot of customers that are nervous to make the jump to battery electric, a plug-in hybrid can be a really useful middle ground. Also, it is just far more viable and suitable for people who could maybe commute on the battery all week and then do a longer journey at the weekend. It is a more versatile solution that would meet a lot of customers' needs, and that they would have less concerns about operating.

"We are bringing newer plug-in hybrids to the market, as a lot of other manufacturers are, so hopefully we can get away from some of the historic bad press, where it was all largely to do with tax benefits and discounts up front.

"I think ultimately you need to change consumer behaviour. When you are operating a plug-in hybrid, there is no environmental benefit if you don't charge it, and there are lots of different ways in which you can help educate consumers on that, or reward them in terms of business mileage appropriately for using electricity."

Lees said that a big factor in driving EV take-up is persuading customers to look at total cost of ownership, rather than just the upfront cost of a car.

With fleet managers being used to making these sorts of calculations, they would appear to be well placed to take a lead on this, but Lees acknowledged that they have their own cost challenge to face.

"I think the challenge when it comes to fleet is even though they might look at total cost of ownership and know that a vehicle works from that perspective, a lot of them are still constrained by capital funding, so they have got a certain pot of money to spend on vehicles that year, and the fact is they buy less EVs than others because the upfront cost can still be a challenge," she said.

"The other thing we see is that because ultimately fleet vehicles have to do a job, businesses aren't keen to jump in with both feet straight away to what is a new technology or perceived as a new technology, so most of the fleets that we have been working with actually run a few vehicles for a few years and then scale up."

PSA expects 7% of the vehicles it sells in Europe next year to be plug-in, while 19% of UK sales of the new 208 in its first year are expected to be of the electric version.
With some EVs on the market having left fleets frustrated due to long lead times, Lees says PSA is helped by the fact its electrified cars are built on the same platform as the petrol and diesel versions.

She said: "We have certainly got security of production for the amount which we intend to sell in the next couple of years.

"[Battery and internal combustion vehicles] are on the same production line, so we have got loads of opportunity to flex production to meet demand, [compared with] if we had a standalone electric car, for example."

Lees added that while the government's announcement of a 0% BIK tax rate for pure EVs from April 2020 was welcome, PSA would like to see more long-term support planned out.

"Information on long-term signals, and long-term policy, is absolutely vital as far as we are concerned, because we know we are on a road to zero for the future, and we need to be able to map out for businesses and individuals what that road looks like, - and what realistically it is going to cost them."

The issue of encouraging adoption also came up during the seminar's main panel discussion, when Ricardo Martinez-Botas, professor of turbomachinery at Imperial College London, was asked about the gap between the current level of EV take-up and that needed to meet government zero-emissions targets.

He said: "I think it is hugely disappointing such a small number of vehicles are EVs.
"Social acceptability has to be earned. It will not be imposed, it has to be earned by the technology, by battery development, by the infrastructure.

"We have to earn that trust and we are not there because there are only six million or so [electric] vehicles in the world. The fact is we are a long way from being able to reach any target of any substance.

"The challenge is great, and the need is even greater. We cannot afford not to improve air quality in our cities."

Martinez-Botas did, however, go on to suggest that a range of solutions would be needed.
"The city has to be very clean, and that has to be achieved with a fuel cell or an EV," he said.

"And yet when you take your car out somewhere else on holiday you have a bigger machine. So we need to provide a second set of solutions that allow us to go a longer distance.