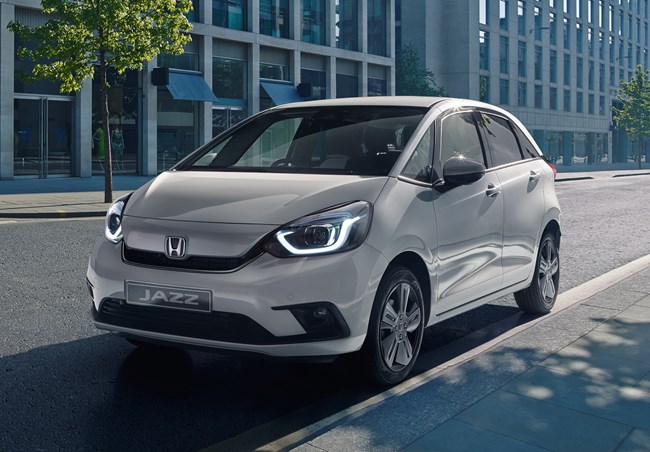 Honda has unveiled the new, fourth-generation version of its Jazz supermini.

For the first time, the model will come with a hybrid powertrain as standard, and Honda says it will be its first European model to use associated 'e:HEV' branding, though it has not announced technical specifications.

Compared with the outgoing Jazz, the new model features a thinner A-pillar for improved visibility.

In addition, Honda has announced that the new Jazz will be available as a crossover variant, branded Crosstar, which will be differentiated from the regular model by an increased ride height, a bespoke front grille design, water-resistant upholstery and integrated roof rails.

Interior technology on offer with the new Jazz will include a new LCD touchscreen interface, with Apple Carplay and Android Auto connectivity, and a WiFi hotspot.

It says the upgrade allows the vehicle to recognise verges without kerbs and roadside markings.

The autonomous emergency braking system can now detect pedestrians and cyclists at night, and now applies the brakes when oncoming vehicles cut across or turn into the path of the car.

The new camera system is also said to enable adaptive cruise control to follow traffic at low speeds in congestion, and allow lane keep assist to work on urban and rural roads as well as motorways.

The new Jazz is set to arrive in Europe in mid-2020. UK prices and specs are yet to be confirmed.