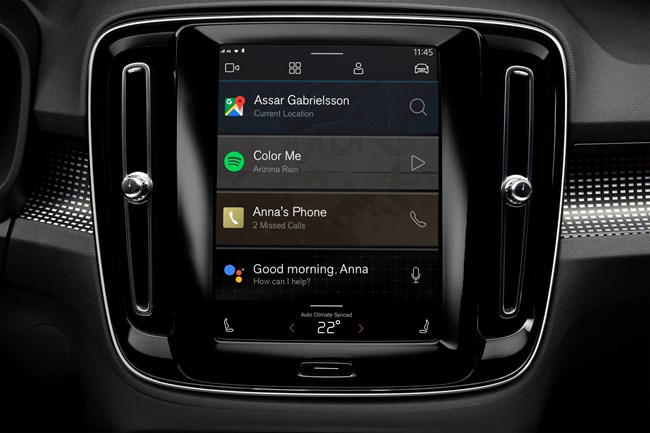 Volvo has announced that the upcoming fully-electric version of its XC40 SUV will feature a new infotainment system.

Powered by Google's Android platform, it will have Google Assistant, Google Maps and the Google Play Store built in.

Volvo says the electric XC40 will also be its first car to receive software and operating system updates over the air.

The Google Assistant function will allow voice control for in-car functions such as controlling the temperature, setting a sat-nav destination, playing music and podcasts and sending messages, as well as allowing drivers to interact with smart home devices from their car.

Google Maps, as well as providing real-time traffic information to help with route planning, and suggesting electric charging locations, will also provide information such as speed limits and the location of bends in the road to the car's advanced driver assistance systems.

The new infotainment system will also be fully integrated with the Volvo On Call platform, new features such as monitoring battery status and charging levels, as well as previously-available functions such as pre-heating the car, showing its location, remote locking and unlocking, and car sharing via a digital key.

The new electric XC40 is due to be fully revealed next week.