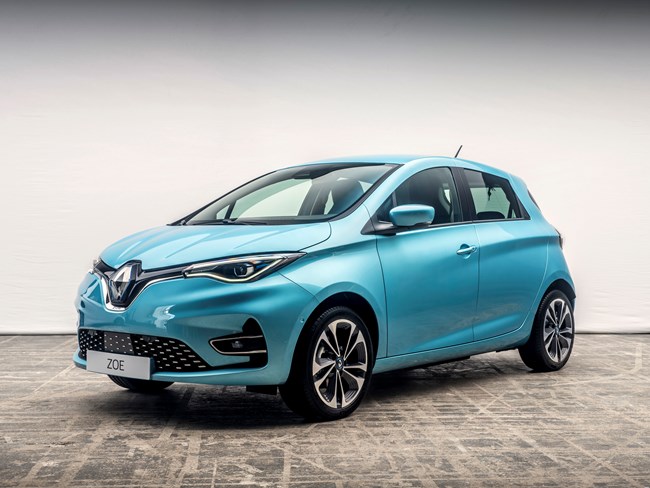 Renault has confirmed UK specs and prices for the new, heavily revised version of its Zoe electric car.

It comes with a new 52kWh battery, capable of a range of up to 245 miles on the WLTP test cycle, which represents a 32% increase over the outgoing model.

The new Zoe now also supports fast DC charging as well as the existing AC options, meaning up to 90 miles of range can be added in half an hour.

There's a choice of two electric motors, producing 110hp or 135hp, and both come with a one pedal driving mode which increases regenerative braking and allows the car to be driven with the accelerator pedal only.

The car's exterior has been extensively restyled, with a new bonnet, front bumper and grille, with LED headlights and fog lights as standard.

Inside there's a new 10in TFT instrument cluster, which is also standard, along with either a 7in or 9.3in infotainment touchscreen depending on spec, with Apple Carplay and Android Auto connectivity.

Orders are due to open in mid-September, with the first deliveries expected in January 2020.