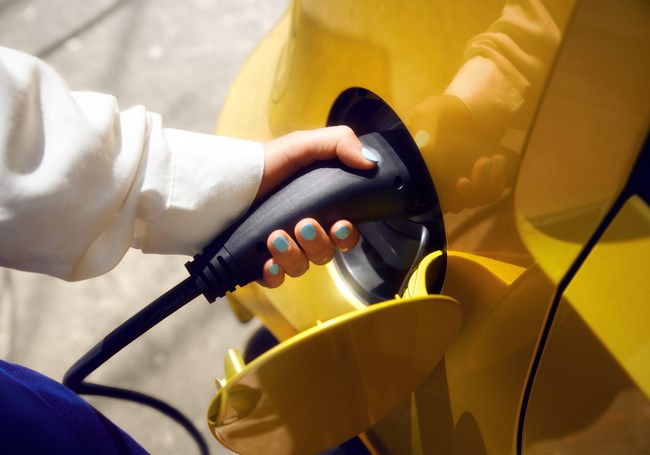 Volkswagen has announced a new version of its E-Up electric car, which will come with an increased driving range.

This is because the capacity of the batteries has been increased from 18.7kWh to 32.3kWh.

VW says the car will therefore be capable of covering up to 161 miles on a single charge.

It also says the battery will be capable of recharging to 80% capacity within one hour via 40kW DC charging.

Drivers will be able to schedule, start and stop charging via a smartphone app, which will also be able to operate the car's air conditioning system.

Standard equipment is set to include automatic air conditioning, Bluetooth and a lane departure warning system.

The new E-Up will make its debut at the Frankfurt motor show next week.

UK launch details are yet to be confirmed, but the model is expected to cost around £23,000, not including the government's £3,500 plug-in car grant, and go on sale early next year.