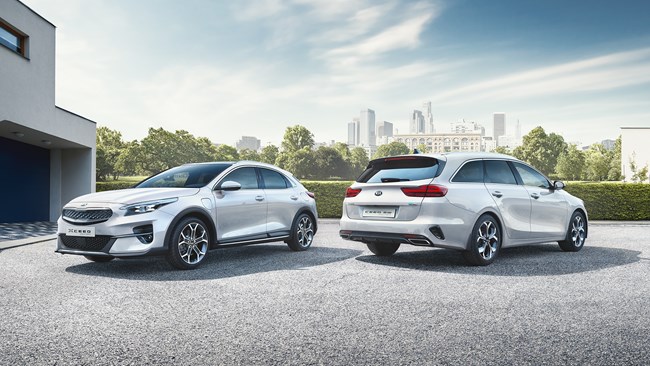 Both models feature an 8.9kWh battery pack, a 44.5kW electric motor, and a 1.6-litre petrol engine, with a combined maximum output of 141hp.

Drive is sent to the wheels via a six-speed dual-clutch automatic gearbox.

Kia says it is targeting an all-electric driving range of around 37 miles for both models.

CO2 emissions figures are yet to be revealed.

Both models will come with an audible warning system, which generates noise when driving at slow speeds or reversing to warn pedestrians of their presence.

Cosmetically, the models are differentiated from the regular ranges by closed front grilles, while the Sportswagon also features 'eco plug-in' exterior badges.

Both models are fitted with charging indicators, and their infotainment systems feature plug-in hybrid functions such as locating nearby charge points and displaying remaining charge levels.

Drivers can also schedule charging when plugged in at home, to take advantage of cheaper electricity tariffs.

The new plug-in hybrids are due to go on sale in Europe early next year. UK launch dates are yet to be confirmed.