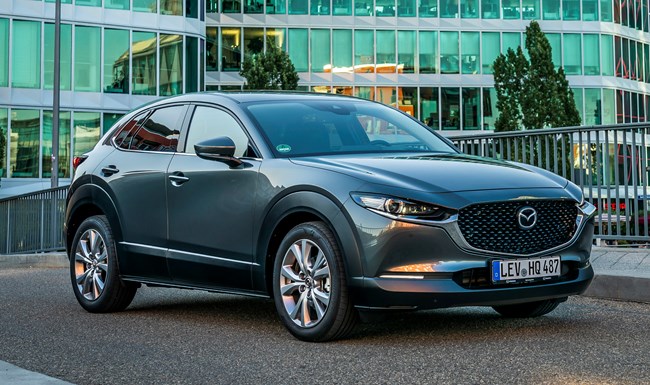 The new Mazda CX-30 crossover is now available to order in the UK.

Although a diesel CX-30 is being sold in other markets, Mazda says a lack of consumer demand in the UK, plus the supposedly diesel-like characteristics of the Skyactiv-X, means it will not be offered here.

Both petrol engines feature a 24V mild hybrid system, and are available with either a six-speed manual or six-speed automatic gearbox.

The Skyactiv-X is also available with optional four-wheel drive.

Extra equipment with Sport Lux includes adaptive headlights, privacy glass, and on cars with the Skyactiv-X engine a sunroof, while further additions with GT Sport include leather seats, a heated steering wheel and a Bose sound system.

The first cars are due to arrive at dealers in January.