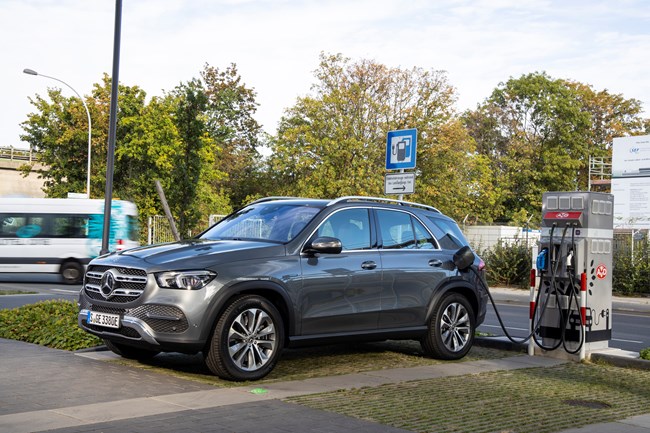 Mercedes-Benz has unveiled plug-in hybrid versions of its GLE and GLC SUVs.

Both powertrains have a maximum output of 320hp, and four-wheel drive.

On the official WLTP test cycle, the GLE has a pure electric range of between 56 and 62 miles, while the corresponding figure for the GLC is between 24 and 27 miles.

The impressive range of the GLE is due to a 31.2kWh battery pack, while the GLC offers a capacity of 13.5kWh.

Mercedes says the GLE has been given a revised rear end design with a modified rear axle to create space for the larger battery.

Prices and UK sale details are yet to be announced.