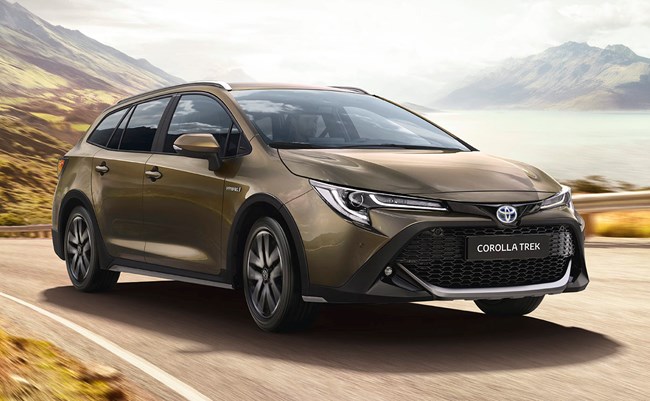 Toyota has announced a new version of its Corolla lower-medium car, produced in collaboration with bicycle manufacturer Trek.

The new Corolla Trek, available only with the Touring Sports estate bodystyle, gets a crossover-style makeover including a 20mm ride height increase, protective cladding and under-runs front and rear.

Inside there's two-tone upholstery, and there are Trek logos on the door steps and tailgate.

Other standard equipment includes a 7in instrument cluster display, an 8in infotainment screen, and the latest Toyota Safety Sense package, which includes autonomous emergency braking which can detect cyclists during the day and pedestrians both during the day and at night, along with adaptive cruise control, lane trace assist, traffic sign recognition and automatic high beam.

The model is available with either the 1.8-litre or 2.0-litre petrol hybrid powertrains from the regular range.