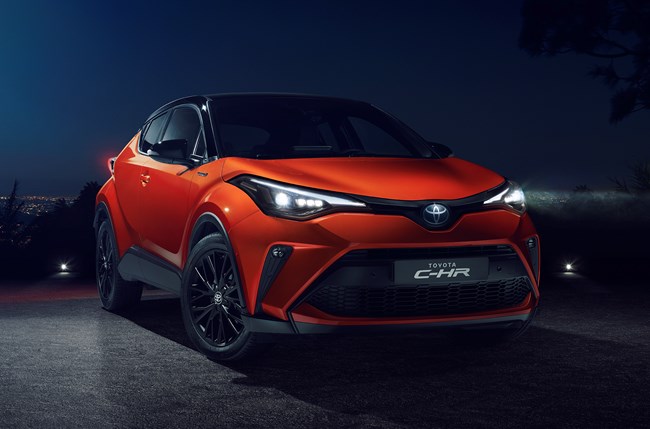 Toyota has announced a revised version of its C-HR SUV.

Perhaps the most significant update is the addition to the range of a second hybrid powertrain option, one that uses a 2.0-litre petrol engine paired with an electric motor to produce 185hp, with official CO2 emissions of 92g/km.

The existing 1.8-litre, 124hp petrol hybrid, which has official CO2 emissions of 86g/km, is also still available, but a previously available conventional petrol engine has been dropped.

Exterior styling changes with the facelift include updated front and rear lights and a gloss black rear spoiler, while inside there's an updated multimedia system with Apple Carplay and Android Auto connectivity.

The electric power steering system has been tweaked, with the aim of improving steering feel, and there's also a new suspension design which Toyota claims means improved ride comfort.

Cabin noise is also said to be reduced.