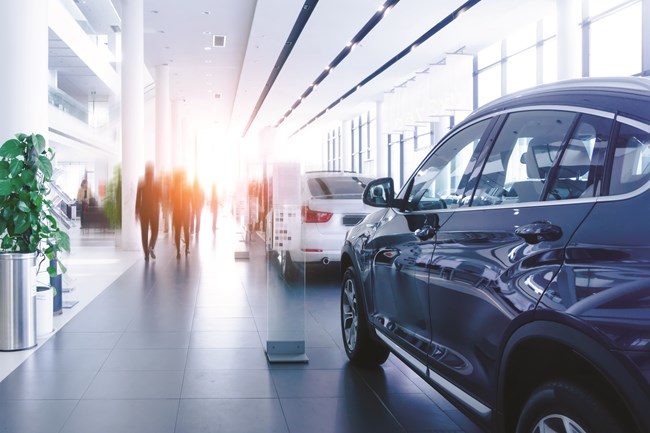 The number of new cars registered to UK fleets in September was up by 8.6% year-on-year.

However, the Society of Motor Manufacturers and Traders (SMMT), which released the figures, has cautioned against reading too much into the rise in the overall new car market, up by 1.3%, because September 2018 saw a major drop in registrations due to the introduction of the WLTP vehicle testing regime.

Private registrations last month were up by 0.1%, while business registrations, classed as to firms with less than 25 vehicles, were down by 44.8%, though these accounted for only 3.3% of the overall market.

Diesel car registrations continued their heavy decline, down by 20.3%, while petrol cars were up by 4.5%.

There was a major increase in diesel mild hybrid registrations, up by 677.8% to take 2% of the overall market, while petrol mild hybrids were up by 91.9% to take a 2% overall share.

September's good performance by the fleet sector means it is now up by 0.1% for the year so far compared with 2018.

However, overall new car market registrations for the year to date are down by 2.5%, giving the SMMT cause for concern.

"We expected to see a more significant increase in September, similar to those seen in France, Germany, Italy and Spain, given the negative effect WLTP had on all European markets last year. Instead, consumer confidence is being undermined by political and economic uncertainty.

"We need to restore stability to the market, which means avoiding a 'no deal' Brexit and, moreover, agreeing a future relationship with the EU that avoids tariffs and barriers that could increase prices and reduce buyer choice."

September also saw a new model at the top of the sales chart, with the soon-to-be-replaced Vauxhall Corsa totting up 12,921 registrations, ahead of perennial market leader the Ford Fiesta on 11,643.