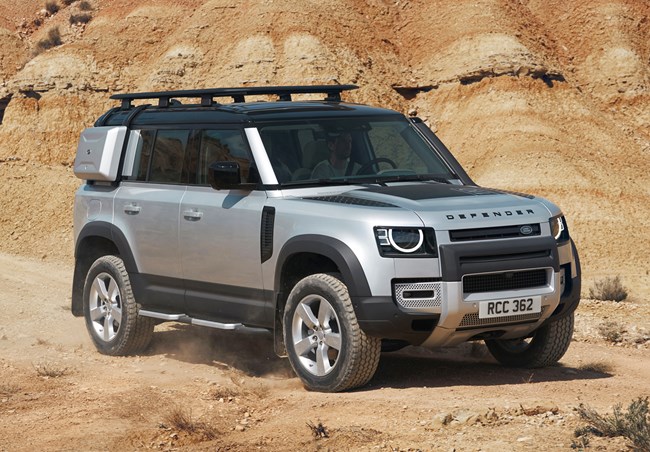 The all-new Land Rover Defender has been unveiled at the Frankfurt motor show.

It is the hotly-anticipated replacement for the original Defender, the iconic utilitarian off-roader which made its debut badged simply as the Land Rover in 1948, and was produced until 2016.

Features designed to ape the original car include exterior styling with minimal front and rear overhangs, and an interior where usually hidden structural elements and fixings are exposed.

Land Rover says the new Defender, which is available to order now, has 291mm of ground clearance and a maximum wading depth of 900mm, while its Terrain Response 2 system helps to further boost off-road performance.

The new Defender is firstly being offered as a 110 long-wheelbase model, with five-seater, six-seater, and five-plus-two seater configurations available.

A shorter wheelbase 90 model, able to seat up to six, will subsequently join the range, along with commercial versions.

A plug-in hybrid version is also due to join the range next year.

Available equipment grades above the base model are S, SE, HSE and X, and there is also a First Edition launch model.