Toyota to launch Yaris Cross SUV with hybrid tech in 2021 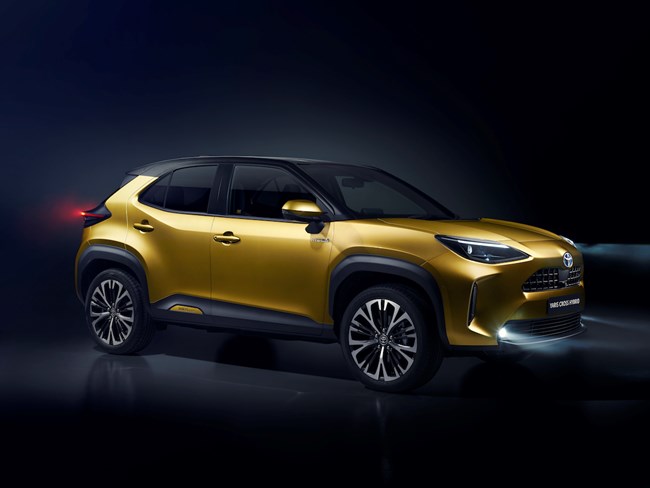 Toyota has unveiled a new compact SUV for launch in 2021, competing with rivals such as the Ford Puma and Vauxhall Mokka.

It was originally scheduled to be unveiled at the Geneva motor show in March, and unlike manu other vehicle manufacturers who revealed their new cars online that week, Toyota decided to put back the reveal by several weeks.

The Yaris Cross is based on the latest version of Toyota's small hatchback, and has the same 2,560mm wheelbase, but is 240mm longer overall, creating more interior space. The ground clearance is 30mm higher and the vehicle is taller and wider overall.

Like other recently introduced Toyota and Lexus models, the Yaris Cross will be compatible with Android Auto and Apple Carplay multi-media systems.

It will be powered by Toyota's new, fourth generation hybrid electric system, producing 114bhp, with CO2 emissions starting from below 120g/km for the front-wheel drive model, according to provisional data.

The AWD-i system is electric, and is more compact and weighs less than mechanical AWD units, helping the Yaris Cross Hybrid achieve better fuel consumption and CO2 emissions than it would have achieved with conventional four-wheel drive.

The Yaris Cross will be the third hybrid-only SUV in the Toyota line-up, alongside the larger C-HR and Rav4.