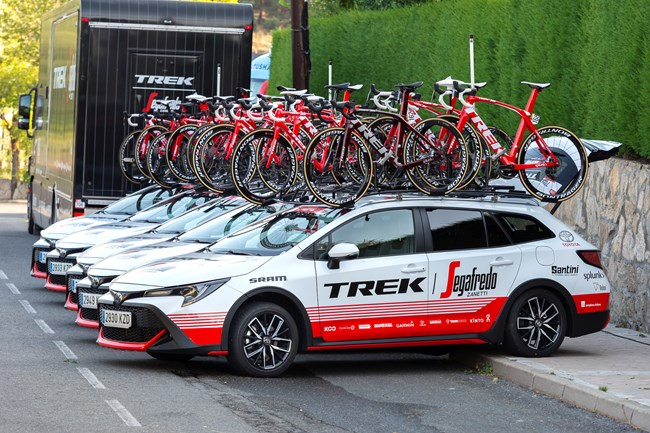 Toyota has launched a new variant in the Corolla range with a more rugged appearance.

The Corolla Trek is a collaboration between Toyota and Trek Bikes - which Toyota describes as a partnership that brings together two brands that share environmental values.

The Corolla Trek is distinguished from the Corolla Touring Sports, on which it's based, by a 20mm increase in ride height for improved ground clearance, as well as protective wheel arch cladding.

On board, the new Corolla Trek features two-tone textile upholstery coordinated with decorative wood-finish elements of the dashboard.

Customers can also choose from two engines, as Corolla Trek joins the list of hybrids Toyota offers with the choice of a higher-powered engine and different tuning for a sportier driving experience. 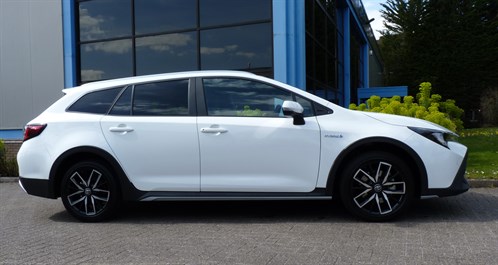 In keeping with Trek's heritage as a cycle racing team, as well as manufacturing brand, a fleet of 16 Corolla Trek models was already being used to support the Trek-Segafredo World Tour teams during their European events this season prior to racing being postponed.

The Corolla Trek will continue to be built at Toyota's plant at Burnaston, Derbyshire, UK when manufacturing resumes.