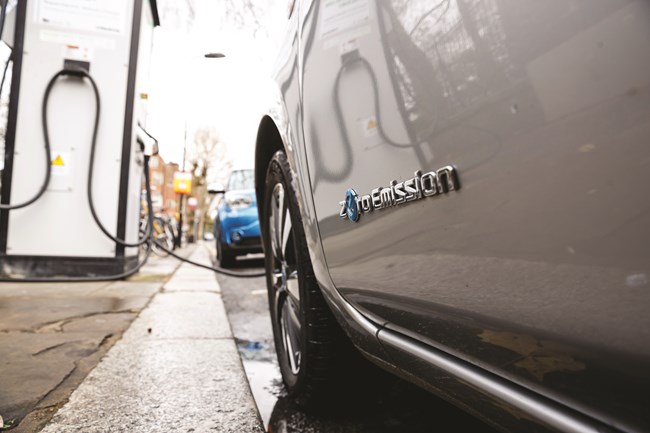 The number of public EV chargers in the UK has increased by 11% for the year to date, and by nearly five times since 2015, according to Department for Transport figures.

The data shows that at the end of the second quarter of this year there were 18,265 public chargers available, 3,206 of which were rapid devices.

In Q2, 318 more devices were installed - a 2% increase on the previous quarter. 99 of the new devices were rapid chargers.

Behind the national figures, the data also shows wide variance in the availability of chargers in different regions of the UK.

Perhaps unsurprisingly, London has the highest availability, with 57 public chargers for every 100,000 residents, with the next best Scotland on 36.

The region with the lowest availability is Northern Ireland, with just 16 chargers per 100,000 residents.

When it comes to rapid chargers, it's Scotland leading the way, with 8.9 per 100,000, but Northern Ireland again comes in last with only 1.0.

Despite its strong performance overall, the number of chargers in Scotland actually decreased in Q2, which has been attributed to the impact of coronavirus lockdown making sites inaccessible.

Every other region saw the number of chargers increase, with London leading the way.

Reacting to the figures, RAC head of roads policy Nicholas Lyes said: "Despite the coronavirus, it's clear that the installation of new electric vehicle chargers is continuing apace.

"While home charging is one of the most important elements of electric vehicle ownership, a comprehensive public charging network is also vital to giving drivers confidence they can keep topped up when away from home.

"For this reason, it's vital new chargers are installed right across the UK in rural as well as urban locations.

"It's also important that rapid and ultra-rapid chargers start to make up a greater proportion of new public chargers - this will mean the 'turnover' of electric vehicles using them can be as high as possible, and can go some way towards making the process of charging a car as normal as filling one with fuel."