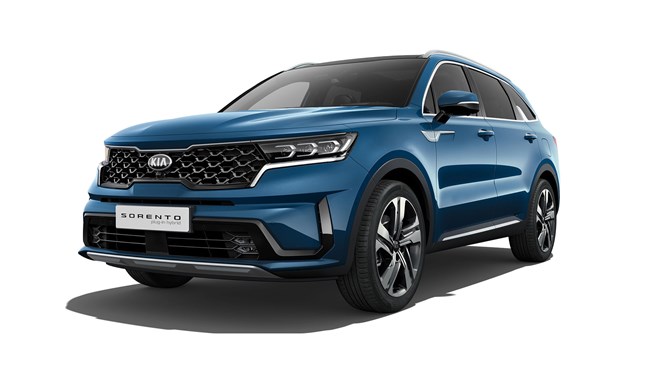 The new model will join the petrol conventional hybrid and diesel models in the fourth-generation Sorento range, which went on sale earlier this month.

A 13.8kWh battery pack is onboard, but Kia says data on how far the model will go on electric power alone is pending homologation, as is a CO2 emissions figure.

Power is sent to all four wheels via a six-speed automatic gearbox.

Kia says the Plug-In Hybrid's exterior is the same as the other models in the Sorento range, save for some 'eco plug-in' badges and of course the charging port, while the interior design is also unchanged, save for charging-specific features on the 12.3in digital instrument cluster and 10.25in infotainment touchscreen.

Boot capacity is only slightly affected by the larger battery pack, measuring 175 litres for a seven-seater model with all seats in place, compared with 179 litres in the conventional hybrid (five-seater Sorento Plug-In Hybrid boots measure 898 litres).

European sales of the Sorento Plug-In Hybrid are set to start in early 2021. UK specs and prices are yet to be announced.