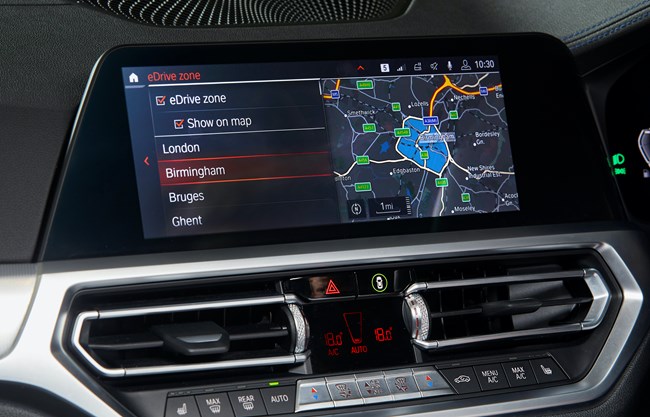 The feature, which uses GPS geo-fencing technology, will be included with every new 3 Series, 5 Series, 7 Series and X5 PHEV, and is also available as a free over-the-air software update for compatible cars running BMW's Operating System 7.

BMW says that not only will the system switch the car's powertrain over automatically when entering the designated 'eDrive Zone', but will also ensure that enough battery power is conserved to allow this on the journey to the zone, so long as the route has been entered in the car's sat-nav system.

The zone in London is the same as the TfL Congestion Charge/Ultra Low Emission Zone, while in Birmingham the service covers the planned Clean Air Zone due to come into force next year.

BMW says the service will roll out to include more cities in the UK and Ireland in future.