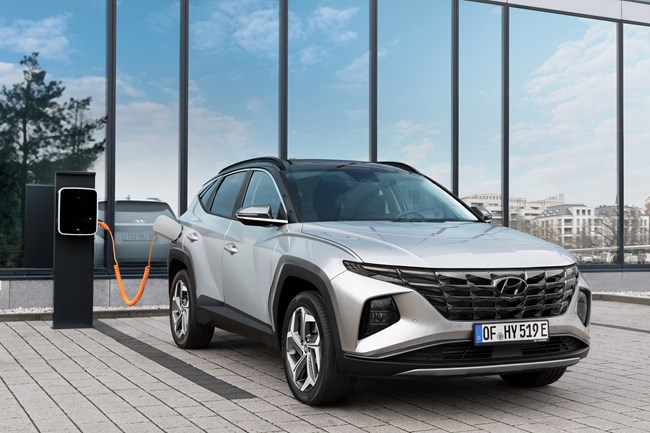 Hyundai has revealed details of the plug-in hybrid version of its new, fourth-generation Tucson SUV.

The PHEV model will be available alongside mild hybrid, conventional hybrid, and petrol and diesel Tucsons, details of which were announced earlier this year.

With a 13.8kWh battery, Hyundai is estimating an electric driving range of more than 31 miles on the WLTP cycle.

The model will come with six-speed automatic transmission, and standard four-wheel drive.

Also included will be an active air flap that adjusts the air intake depending on parameters such as the engine coolant temperature and vehicle speed, designed to minimise air resistance and maximise fuel efficiency.

A 7.2kW on-board charger will also be included.

Hyundai says the Tucson plug-in hybrid will be made available in Europe in spring 2021. Prices are yet to be announced.