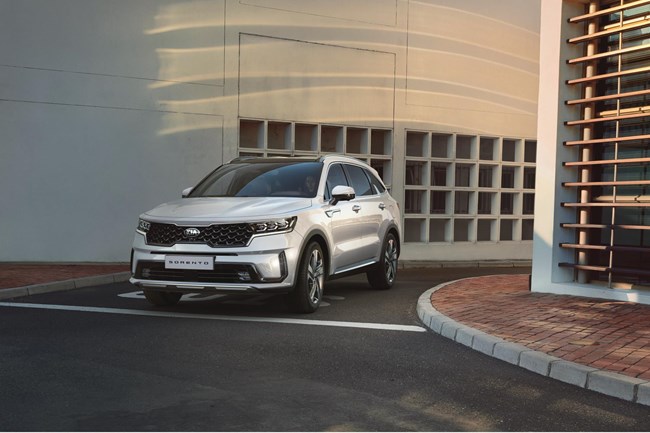 Kia will introduce the new generation of the Sorento, its large SUV that rivals the Skoda Kodiaq and Hyundai Santa Fe, at the Geneva Motor Show.

The first pictures of the Sorento were shown earlier this week, but only now has Kia released details. The SUV will be based on a brand-new platform that will underpin a number of future Hyundai and Kia SUVs.

At launch, the Sorento will be available with either a 2.2-litre diesel or a 1.6-litre petrol hybrid. More powertrains, including a plug-in hybrid, will be added to the range later.

The diesel has 202hp and uses a newly-developed eight-speed dual-clutch gearbox. The hybrid combines a 1.6-litre petrol with a dual-clutch gearbox and a 1.5kWh battery for a combined total output of 230hp. It has the same boot space as the diesel, as the battery is mounted underneath the passenger cell.

The new platform allows the new Sorento to be 10mm longer, with a 35mm wheelbase, to maximise cabin room and boot space.