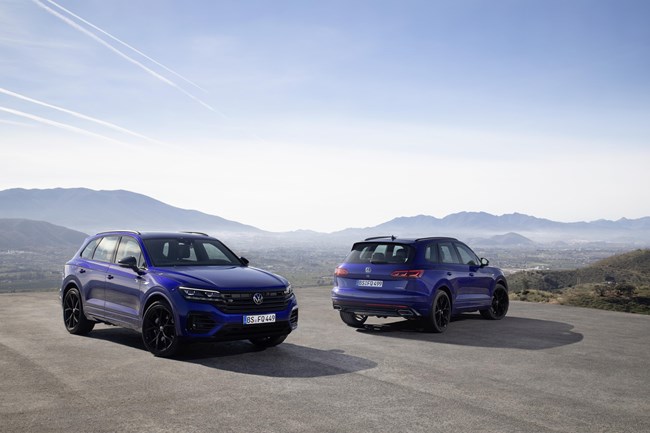 Volkswagen has released details and images of the new range-topper for the Touareg large SUV, which will be a plug-in hybrid when it goes on sale later this year.

The first R version of the Touareg uses the same powertrain as the Porsche Cayenne Hybrid and Bentley Bentayga Hybrid - a 3.0-litre V6 petrol engine with a 14kWh battery to produce 462hp and an electric range of 30 miles.

Being the top of the range, the VW Touareg R comes with plenty of equipment as standard, including black trim, 20in wheels, leather seats, four-wheel drive, a 12in digital driver display, a 15in centre infotainment screen, LED lights, a heated steering wheel and four-zone climate control.

Of course, there is a lot of additional equipment on the options list, such as bigger wheels, premium leather seats, a premium sound system and semi-autonomous driving features.

Despite being a hybrid, the Touareg R can still tow 3.5 tonnes, and when fitted with a tow bar, it comes with Trailer Assist, which can automatically reverse park a trailer.