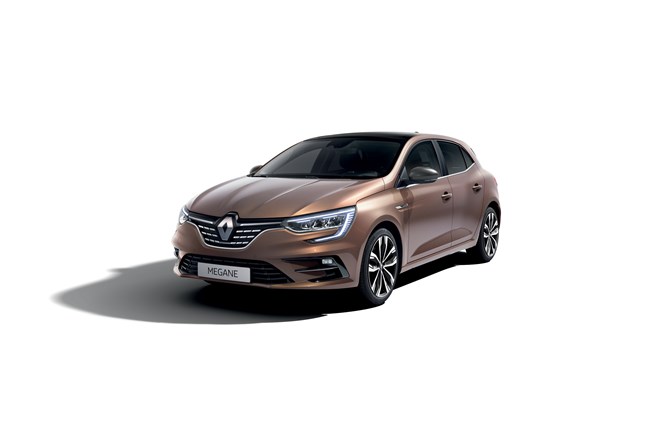 Renault has announced details of the refreshed Megane hatchback and estate. Aside from some visual tweaks, it gains an 'E-Tech' plug-in hybrid model and more technology.

The new E-Tech plug-in hybrid model uses the same technology that was previously announced on the Captur crossover. This means it has 1.6-litre four-cylinder petrol engine coupled to a clutchless gearbox and assisted by an electric motor and a 9.8kWh battery.

The result is a system output of 160hp and a pure electric range of 35 miles. The Megane E-Tech can drive in electric mode at up to 84mph. At first, the hybrid will only be available as an estate, with an E-Tech hatchback to be added to the range later.

Across the range, the updated Megane features a new 10.2in driver display and the choice of a 7in infotainment screen or a 9.3in version. Both versions run on the new EasyLink system, replacing the outdated and clunky R-Link.

Optionally, the Megane can be fitted with upgraded LED headlights and new driving aids: The Motorway and Traffic Assistant offers a level of semi-autonomous driving.

The Megane RS itself undergoes some changes as well, with the lower-powered '280' disappearing from the range, leaving just the 300hp RS and the even more hardcore Trophy. Both can still be specified with either a manual or dual-clutch gearbox.

The facelifted Megane will go on sale in the UK from July 2020.