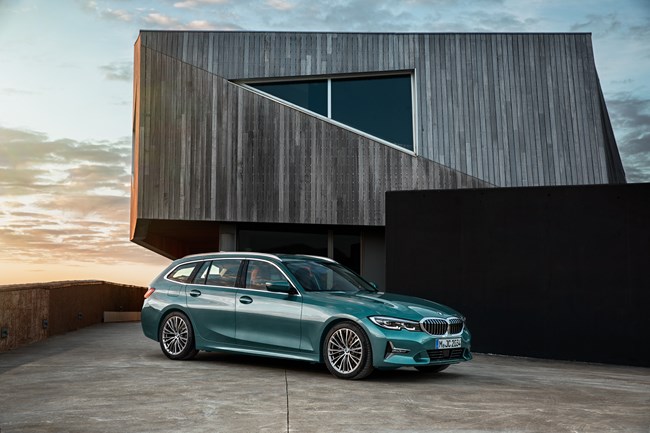 Later this year, BMW will introduce mild hybrid power to the 3 Series, X3 and X4, it will add an entry level 318i, and will make the 120d available with both front-wheel drive and all-wheel drive.

From March/April, the BMW 320d, including the touring and all-wheel drive xDrive versions, as well as the X3 and X4 xDrive20d, will gain mild hybrid assistance. A 48V starter-generator and a small battery are promised to boost performance and lower fuel consumption.

The 48V system also allows the engine to turn off below 10mph when slowing down. Start-stop should be smoother and at speeds up to 100mph, the combustion engine can be disconnected.

The 3 Series will become available in entry-level 318i form in spring. Unlike the previous-generation 318i, which had a three-cylinder engine, the new 318i will be powered by a 2-litre four-cylinder petrol engine with 156hp and 184lb.ft.

As usual, the 318i can be ordered either as a saloon or a 'touring' estate. The only gearbox option is the eight-speed Steptronic automatic transmission

Finally, BMW continues to make more models compliant with RDE2 Euro 6d emission standards. As from the spring of 2020, 33 further models will be RDE2-compliant, bringing BMW's total to 40.