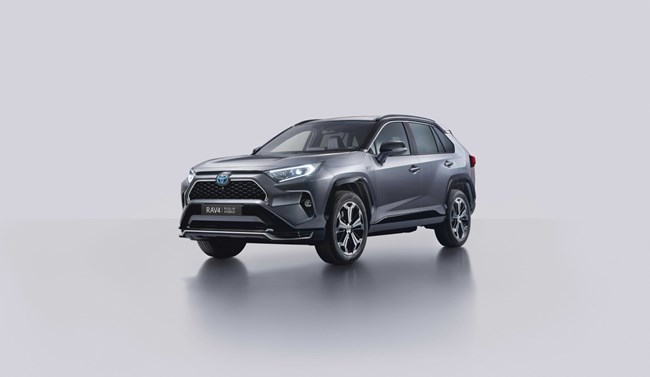 The Rav4 gains a plug-in hybrid version and Toyota has confirmed that it will produce a small SUV on the same underpinnings as the Yaris.

The new flagship of Toyota's hybrid car range, which will go on sale in the second half of 2020, will have a combined 302hp, enabling 0-62mph in 6.2 seconds. It will be able to drive in pure electric mode at speeds up to 84mph.

Figures for CO2 emissions and EV range are still subject to final homologation, but emissions will remain below 29g/km and range will be more than 38 miles, which should put it a very favourable BIK band.

The petrol engine is a 2.5-litre that's similar to the one in the regular, non-plug-in hybrid RAV4.

The RAV4 is built on Toyota's modular TNGA platform, which is designed to accommodate battery packs. Nevertheless, the larger battery means that, at 520 litres, the plug-in Rav4 has 60 litres less boot space than the standard version.

Toyota has also confirmed that it will add a small crossover to its range, to sit underneath the C-HR. The new SUV will be based on the same TNGA-B platform as the Yaris and will be built alongside the supermini in Toyota's Valenciennes factory in France.

More details about the model will be released at a later date, with only a stylised silhouette made public so far.