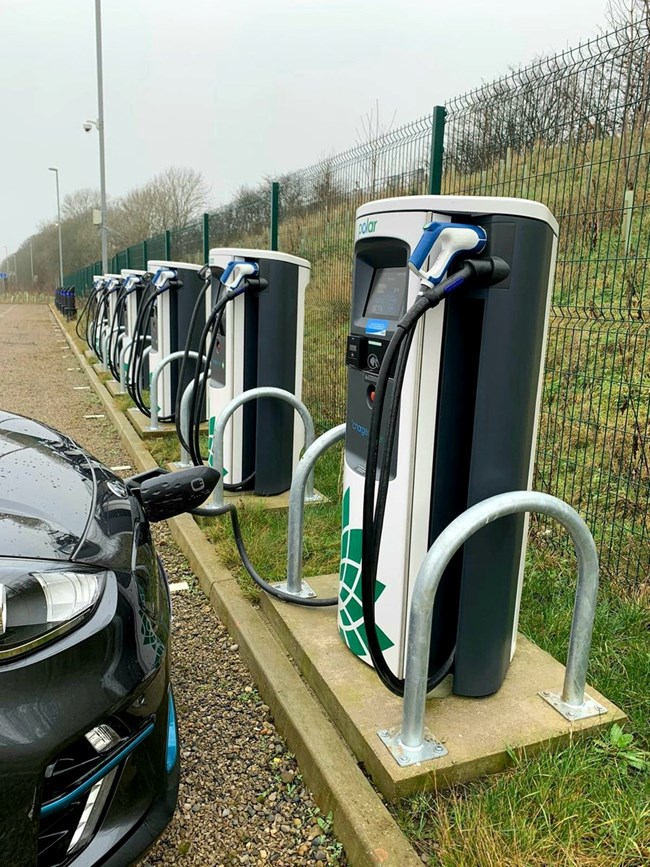 Six 50kW rapid chargers have been installed by BP Chargemaster at the Caton Road Park and Ride site near Junction 34 of the M6 near Lancaster.

In addition to the rapid chargers, the park and ride site also has 12 standard 7kW charging points for EV drivers who need to park for several hours.

The company says the new station is the first public rapid charging hub on the M6. While the M6 already had rapid charging points, the new BP Chargemaster site is certainly the most extensive, with six rapid chargers.

The charging points are available on the Polar network, the UK's largest public charging network, with the rapid chargers all allowing contactless card payments for ad hoc access, as well as smartphone app and RFID card access for more regular users and Polar Plus members.

County councillor and Lancashire County Council cabinet member for highways and transport Keith Iddon, said: "The charging hub at Lancaster marks another milestone in the evolution of motoring and the move towards electric vehicles. Lancashire is geographically at the centre of Great Britain and an ideal place for a facility such as this which should be popular with owners of electric vehicles making longer journeys through this area."

Matteo de Renzi, CEO of BP Chargemaster said: "Providing convenient and reliable rapid charging along the UK's motorway network will be key to supporting the uptake of electric vehicles over the coming years. Alongside our own rollout of 150kW ultra-fast chargers on BP forecourts, including some motorway service area locations, we are proud to have opened the first public rapid charging hub on the M6 in partnership with Lancashire County Council."