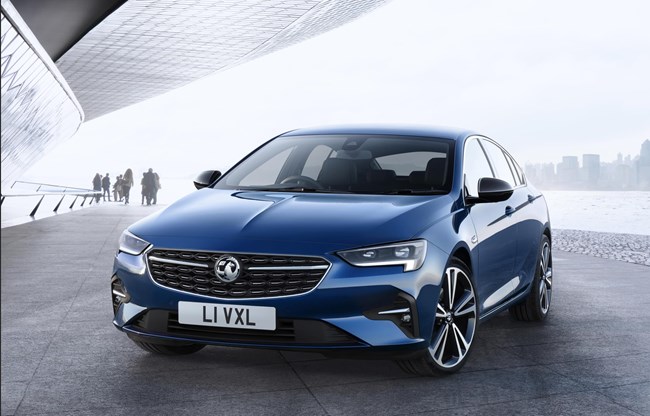 The updated Vauxhall Insignia will be available from February and comes with an updated range of powertrains, as well as a number of new features.

The facelifted Insignia will only be available as a hatchback in the UK, the estate having been axed late last year.

The new engine range starts with two three-cylinder engines. A 1.4-litre petrol with 145hp and a 1.5-litre diesel with 122hp. Both come with a six-speed manual gearbox.

Higher up the range, there is a choice of two-litre engines. The 2.0-litre petrol engine can be had in two states of tune. There is a 200hp version and a 230hp 'GSi' range topper. Both come with a nine-speed automatic gearbox and will fall in the highest BIK tax band from April 2020, at 37%. A two-litre diesel will be introduced later in the year.

The 2.0-litre petrol units are the first Vauxhall engines with cylinder deactivation, which means that the engine can run on two cylinders under light load. Another measure to improve efficiency is that the front grill can be closed off when there is less cooling demand. This improves aerodynamics and makes the engine warm up faster from cold.

With the facelift, Vauxhall is introducing a number of other features to the insignia. The saloon now features upgraded LED headlights with more power and less energy consumption. The new 'IntelliLux LED' headlights can also react faster to different conditions.

Additional new features include a reversing camera with optional cross traffic alert, which uses radar sensors to detect objects 90 degrees to the left or right behind the car, up to a distance of 20m away.

All infotainment options are compatible with both Apple CarPlay and Android Auto. Customers have the choice between a 7in or 8in touchscreen version.