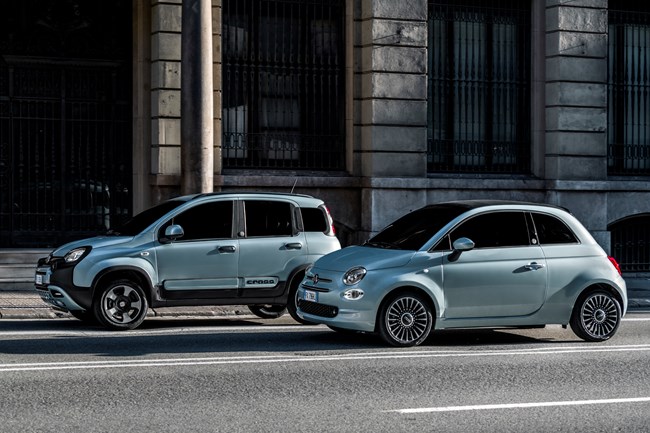 As announced earlier this month, the Fiat Panda and 500 will benefit from 12V mild hybrid tech from March 2020, as they receive a new 1.0-litre 3-cylinder engine assisted by a belt-driven starter-generator. Fiat has now released prices and specs.

The Panda mild hybrid starts at £13,030 for the City Cross equipment grade and goes up to £13,630 for the Trussardi model.

Both models will have a new 1.0-litre turbocharged three-cylinder unit with 70hp in place of the old 1.2 four-cylinder engine.

The petrol engine is assisted by a 12-volt belt-integrated starter generator. This mild hybrid system can store energy in a small 11Ah battery when slowing down, and then give the petrol engine a boost when accelerating - up to 3.6kW, or around 5hp.

Fiat claims that, compared with the old 1.2, this new powertrain reduces CO2 emissions by 30% depending on the model.

Along with the new engine and mild hybrid system, the updated Fiat Panda and 500 will gain a six-speed manual gearbox, to replace the old five-speed. The electric assistance also means that at low speeds, drivers can shift into neutral to shut down the petrol engine and let the car drive on electric power alone.

The updated models will be Fiat's first foray into electrified small cars, before it is expected to introduce a fully-electric version of the 500 later this year.

The new hybrid Panda and 500 will be introduced as 'Launch Edition' models, which feature hybrid logos, seats upholstered in a recycled fabric, and a green exterior colour that's exclusive to the launch edition.