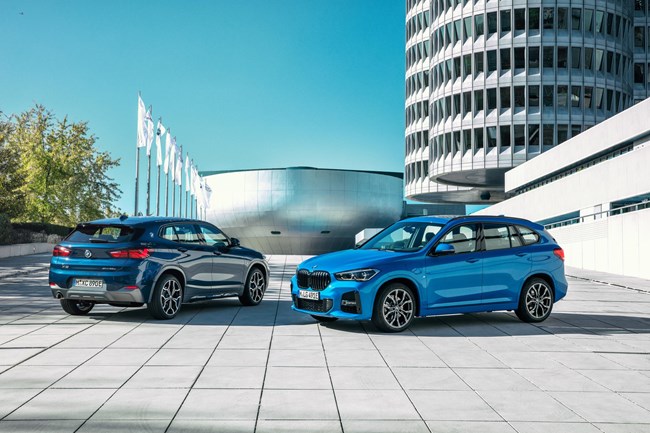 BMW is introducing xDrive25e versions of its X1 and X2 compact SUVs. The hybrid X1 is available to order now, with the hybrid X2 to follow in summer.

The hybrid powertrain, which has previously been available in the 2-Series Active Tourer MPV, consists of a 1.5-litre three-cylinder petrol engine with 125hp and a 95hp electric motor. Together, they result in a system output of 220hp.

The engine drives the front wheels through a 6-speed automatic gearbox, while the electric motor drives the rear wheels to create all-wheel drive.

The batteries can be fully charged from empty in 3.8 hours from a domestic socket, or in 3.2 hours from a wall box or fast charger. An 80% charge takes just 2.4 hours.

Prices for the X1 xDrive25e start at £38,200, with details for the X2 to be confirmed later. For other engine options, the X2 tends to be about £1,000 more expensive than the X1, so expect a similar difference between the hybrid models.